Ontario will not implement tax on foreign homebuyers 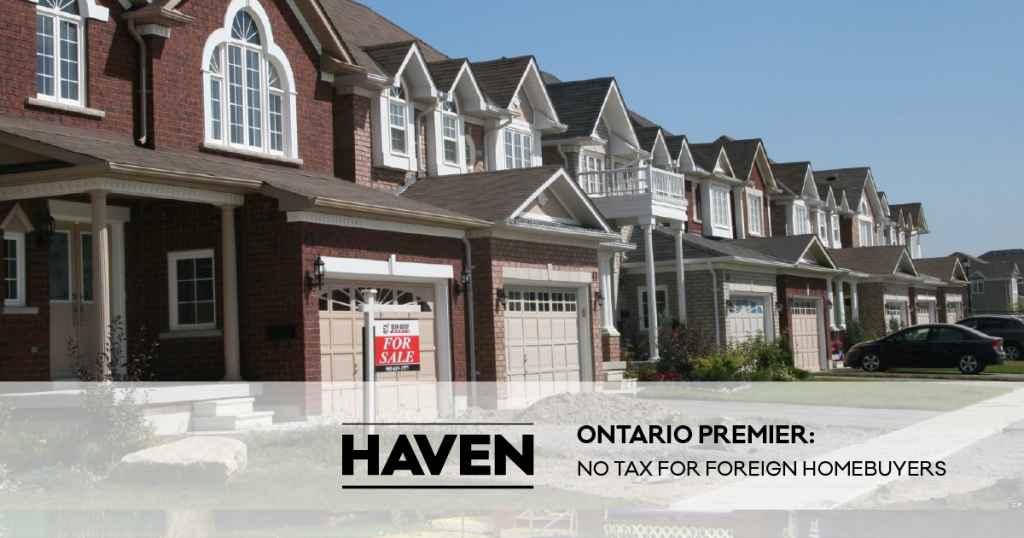 The recent Vancouver property tax that was implemented to control foreign buyers sent the housing market into a 33% decline in September. Jordan Teperman spoke with CTV in August on this topic. He predicted that we would see an increase in the Toronto market due to foreign buyers moving away from British Columbia. This became widely apparent In September, where Toronto saw a 21.5% increase in its housing market.

Various players in the real estate market have been waiting to hear how Toronto would respond to the Vancouver tax, and we finally received a clear insight in this area.

This is great news for the Toronto Real Estate market. We caught up with Jordan Teperman for his take on this announcement, stating “We noticed that our foreign buyers had more questions about Toronto’s market since Vancouver applied their tax.”

The tax may have negatively affected the Vancouver market but has left Toronto’s real estate prosperous.  Follow our blog in the upcoming weeks to learn more about the status of the tax and its effect on Toronto real estate.