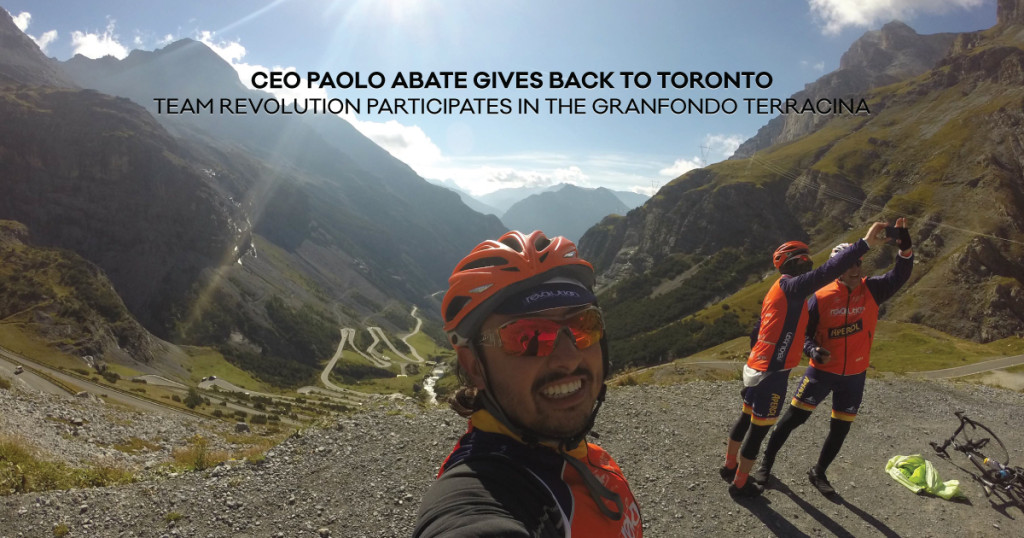 Paolo Abate, CEO of HAVEN Developments embarked on a journey to give back to Toronto. With a passion for cycling and giving back, Paolo joined Team Revolution to participate in the Granfondo Terracina in Italy. The purpose was to raise money for the Humber River Hospital. The Granfondo Terracina route is located in Terracina, a small coastal town one hour south of Rome’s International airport. It is considered one of the nicest Granfondos routes in the world. With an estimated 500-1000 participants in total, cycling a 120 km long route with an estimated elevation of 1899m. The hard work is balanced with spectacular views!

Paolo believes it is important to build a city we all love and he is committed to doing this both in his professional and personal life. In 2015, Team Revolution raised a total of 1.2 million, and as of now have raised $503,111 to go towards state of the art equipment that will help our physicians, nurses and staff delivery up to date health care. Paolo Abate has consistently donated to the Toronto area. In 2014, Paolo alongside partner and CFO Nick Tsimidis made an outstanding donation of $100,000 to Humber River Hospital to help construct the first fully digital hospital. In 2008 he co-founded Courage Canada, a national non profit charity with the goal to help blind and visually impaired youth develop skills in, and learn how to play hockey.